State Board of Pardons and Paroles Memorial Page

This state will always honor the legacy that our employees built through their commitment to peace and civic duty.  - Governor Nathan Deal 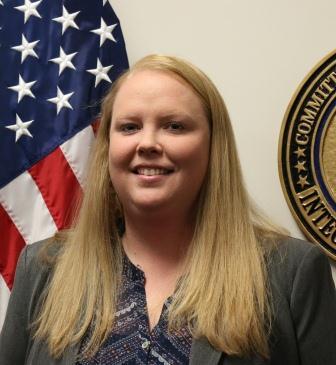 Katie graduated from the University of Alabama in 2007 with a B.A. in Criminal Justice. She began her career with the State Board of Pardons and Paroles in May of 2008 at the South Metro Parole Center.

At the South Metro Parole Center, Katie served as District Property Officer, Arrest Team Coordinator, Field Training Officer, Electronic Monitoring Specialist, and District Substance Abuse Coordinator. She was promoted to the Specialized Parole Officer position in 2011 and supervised high risk and sex offender cases for her district. In 2011, she was awarded the Parole Association of Georgia Distinguished Service Award for P.O.S.T. Certified Employees.

In May of 2012, Katie was promoted to the position of Hearing Examiner in the Clemency Division. She utilized her knowledge and experience to train new Hearing Examiners on their important responsibilities.

Katie was promoted to Senior Hearing Examiner on February 1, 2019, as a result of her professional, committed, diligent, and loyal service to the board.

Katie’s contagious smile, willingness to go the extra mile to help someone in need and her love of family defined her as a person. Katie is survived by her husband, Branndon and son, Bennett.

Cindy Funderburk passed away at Columbus Hospice House on April 4, 2017 after nearly 30 years of service to the Board and citizens of Georgia.

Cindy began her career with the State Board of Pardons and Paroles on August 1, 1987 as a Secretary 1. She was promoted to Parole Aide on November 1, 1999. On May 5, 2002 Cindy was promoted to a Parole Investigator position where she served until her death. Cindy enjoyed being with family and close friends and enjoyed shopping.

A dedicated employee, Cindy is missed. 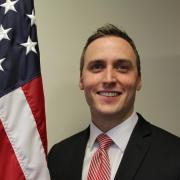 Patrick Price left us suddenly on September 29, 2015. At the time of his passing, Patrick was our Strategic Planning, Initiatives and Innovations Coordinator. Patrick previously served as a parole officer, senior parole officer, field training officer and assistant chief parole officer in the Marietta office. In 2007, he served as an intern in the office of Governor Perdue and went on to serve as a fellow.

Patrick was an instrumental member of the Board's senior management team and had accomplished much since joining the team in 2014. His accomplishments included his work on a new strategic plan and the agency's new mission, vision, and values statement. Additionally, a large part of the successful implementation of HB328 in 2015, was the result of Patrick's work as a member of the project group. He was a rising star. 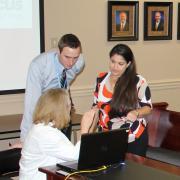 Patrick graduated from Lassiter High School and went on to receive a degree in Political Science from Kennesaw State University. As a 5th grade Sunday School teacher at First Baptist Church of Woodstock, Patrick had the opportunity to mentor and disciple many children and continued to be a role model to them into their young adult lives. Patrick is survived by his wife and three young children. 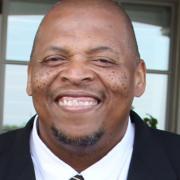 Derek Singleton passed on August 12, 2015, following an extended illness. Derek devoted 26 years of service to the State Board of Pardons and Paroles.

Derek graduated with honors from Lincoln County High School where he was class President. He was a UGA graduate with a bachelor's degree in Criminal Justice and a master's in Public Administration. Derek was a member of Phi Beta Sigma and Abeneefoo Kuo Honor Society. Derek was very active in his church. He served as a Sunday school teacher, usher, and trustee at Pleasant Grove CME Church. His favorite football teams were the Georgia Bulldogs and the Dallas Cowboys. Derek is survived by his wife and son.